The basic arithmetic operation of addition is one of the most basic mathematical operations. Addition is the process by which things are added together. This is done by using the sign “+” to add the numbers together. In mathematics, the numbers we are going to add together are called “addends” and the result we are going to get is called “sum”. Addition is a mathematical process in which two or more numbers are added together that can be of any digit length. Any number can be used as an added such as a positive integer, a negative integer, a fraction, and so on. Many algebraic equations make use of the properties of addition in order to reduce the complex expressions into a simpler form using the addition method. In addition to these properties, these properties are very helpful to students since they obey all kinds of numbers. Throughout this article, we will discuss the important properties of addition along with their definitions and examples.

Which are the Four Properties of Addition?

Let us learn these addition properties one at a time.

When two numbers or integers are added, the sum remains the same even if the order is changed. Multiplication is also governed by this property. It can be represented as follows:

We can see that when we add the two numbers, 10 and 5, and if we exchange the two numbers, the result remains the same as 15 in the above example. Commutative law governs addition. This property can be remembered by using the word “commute”. A commute is when you switch between two locations.

According to this law, when we add three numbers, arranging them in a different pattern does not change the outcome. The total/sum will remain the same when adding three or more numbers, regardless of how the addends are grouped. The property is expressed as:

As you can see from the example above, the left-hand side equals the right-hand side. Hence, the associative property is proved. Multiplication can also be proved using this property. In this property, the parenthesis is used to group the addends. It forms the operations with a group of numbers. The associative property can be easily remembered using the word “associate”.  which means that associate with a certain group of people.

As you can see from the above example, even though A (monomial factor) has been distributed to each value of the binomial factor, B and C, the value remains unchanged. Due to its combination of both addition and multiplication, the distributive property is of great importance.

According to this property, every number has an associated real number, which when added to the number gives it its own value. Adding zero to the number to generate the number itself generates the unique real number. The identity element of addition is therefore zero.

It is easy to remember the identity property of the addition by asking questions and answering them. We need to think about which number should be added to the given number in order to prevent the value of the original number from changing. The answer should definitely be zero in this case. Hence, zero is the identity element of the addition operation. 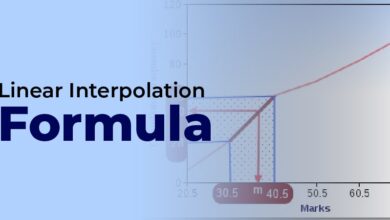